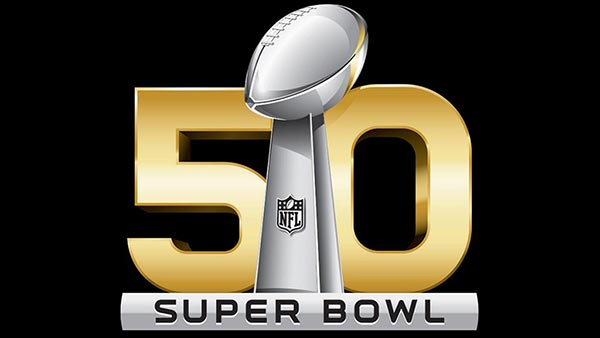 OAKLAND, CA – “Oh, C.J. is scoring on this play.” Laney College Athletic Director and Football Coach John Beam chuckled in his office as he remembered how his star running back C.J. Anderson used to self-narrate. Anderson made one such third person prediction in the huddle against San Jose City College, and on the ensuing play he ran in a 60+ yard touchdown. This easy confidence belies how hard Anderson, who is set to play for the Denver Broncos in an obscure sporting event known as the “Super Bowl” in a little over a week, has had to work to get where he is. Anderson is a Bay Area native and grew up in Vallejo, where he was a high school football star. He was the Vallejo Times Herald Athlete of the Year in 2007 as well as the paper’s two time selection for MVP honors. He was also picked for the All-Solano County Athletic Conference first-team in both his junior and senior seasons. For academic reasons he wasn’t eligible to go straight from high school to a Division-1 school like everyone expected him to. This must have been a disappointment but it did not deter him. Anderson quickly found his way to Laney, which stood out for its strong track record of successful student athlete transfers and a personal relationship between Anderson’s high school coach and Laney’s Coach Beam.

The accomplishment of facilitating the successful transfer of so many student athletes is nothing to sneeze at. In 2014-15 alone 25 of Laney’s football players transferred to 4-year schools and collectively secured over $2 million in scholarship funds to support their educations.
During his two years with the Laney Eagles, Anderson was a National Junior College Athletic Association NorCal Conference leader–rushing for 1,524 yards and scoring 16 touchdowns in the 2010 season. Anderson received All-Conference, All-Region, All-State and All-American honors.
As with all Laney student athletes, discipline and focus were paramount both on the field and in the classroom. He formed a strong bond with his philosophy professor, Amir Szabsevary, that connected him to his academics and stimulated his curious mind. In a 2011 article in The Laney Tower Anderson talked about what this relationship meant to him:

Actually one of the big things was meeting Amir and being around him. I’m always around him, always talking to him. I’m going to major in philosophy at Cal. (Being here) was an eye-opening experience I didn’t get in high school. I think that the family atmosphere I found at Laney really helped me.

While working hard on his classes and developing his already quick wit, Anderson was waking up at 4:30am every morning to commute 1.5 hours from Vallejo to be in the Laney weight room by 6:30am where he packed on the muscle he would need to succeed at the Division-1 level.
Anderson’s skills and promise as a football player, his solid academics, and some strategic advocacy by the well connected Coach Beam allowed him to transfer to UC Berkeley on a full scholarship. Anderson colorfully described the persuasiveness of his former coach to The Laney Tower saying, “he could sell salt to a slug.” After two seasons with Cal, Anderson graduated in 2013 but was not immediately drafted into the NFL. Instead, he was signed by the Denver Broncos as an undrafted free agent. Much like his college athletic journey he had to bounce back from this initial let down. Once he had reached the NFL Anderson did what he had always done, dedicate himself to the grind and fight to keep his spot on the team day in and day out. He spoke to this daily struggle in a 2014 article in the SF Chronicle: “As an undrafted guy, you just have to prove yourself every day. I just wanted to show the Broncos and this organization why they kept me on the roster and they didn’t make a bad decision.”
I don’t think anyone could accuse the Broncos of having made a bad decision at this point. Anderson
made his first Pro Bowl in 2014 and scored the game winning touchdown against the Steelers in their first playoff game this year. He has recently made headlines after a heartfelt post to social media in which he thanked Patriots QB Tom Brady for his words of encouragement following the Broncos’ win over Brady’s team. In the post Anderson acknowledged that Brady, who has been a runaway success in the NFL despite being drafted 199th, was an inspiration to him while facing his own adversity and that after the game Brady told him, “CJ way to fight and prove everybody wrong. You belong in this league and you’re one hell of a player. I love the way you run. Keep climbing to be great.”

Here at Laney College, the pride we feel to have been part of Anderson’s story of perseverance is immeasurable. He exemplifies the intelligence, character, and grit that we see in so many of our students who may or may not play football but are all working extremely hard to achieve their goals against long odds.

Anderson is a model sportsman and a selfless, down to earth guy by all accounts. With his positive and hardworking attitude Anderson might have found success wherever he went, but Laney has a staff and a community that embraces our students. Coach Beam acknowledges that “there is a reason our students are here. It’s a stepping stone, a springboard.” But he points out that, “our smaller classes mean students can really build relationships with their teachers. The relationships between students and faculty, as well as faculty and coach mean our student athletes have multiple people looking out for their success not just academically or athletically but also as people.” I know Coach Beam, Amir, and the rest of us here at Laney will all be rooting for C.J. on Super Bowl Sunday.