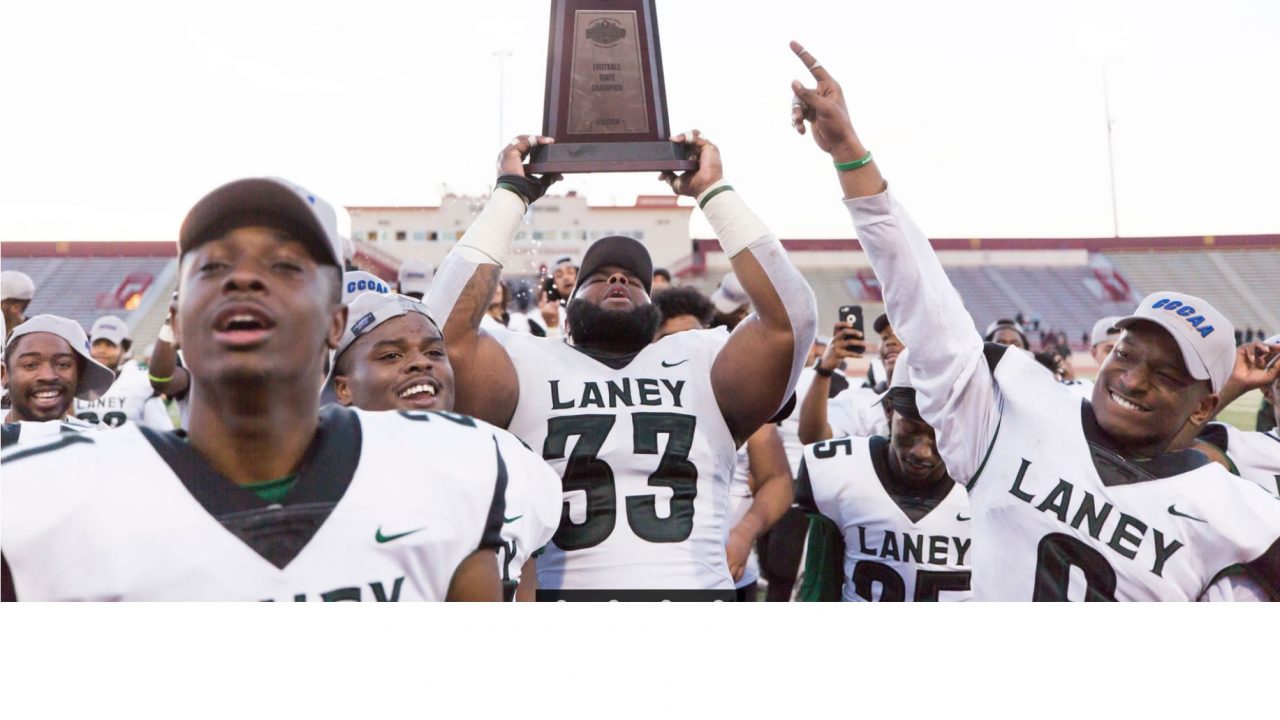 Laney Football Team #1 In The Nation

Laney Football Team #1 In The Nation

“Being recognized as national champions is a dream come true,” said Laney Athletics Director and Head Coach, John Beam. “It validates all the hard work dedication and effort that our team and coaches put in to achieve unparalleled success. It fills my heart with so much pride to know that we won the national championship with young men who often have been counted out, their whole lives. Truly, Laney builds lives.”

To provide the campus community a chance to celebrate the team’s accomplishments, the Office of the President and the Athletics Department sponsored an event on Tuesday, Feb. 4 to recognize and honor players, coaches, and staff. In attendance were Peralta Chancellor Jowel Laguerre, members of the Peralta Board of Trustees, and Laney faculty, staff, and administrators. President Tammeil Gilkerson emceed the event and presented each player with a beautifully framed photograph of the entire team. The Eagles also received a check for $5,000 from the Oakland A’s to fund the purchase of the championship rings.

CORRECTION: An earlier version of the press release stated that the Laney Eagles were “named as the #1 team by the NJCAA.” The NJCAA did not name the Eagles as #1. According to Massey statistics, the Eagles are actually top-ranked among all junior college football divisions, including teams in the NJCAA division. The NJCAA does not determine which team is #1 nationally. Top-ranked junior college football teams are chosen based on overall performance statistics during a season.