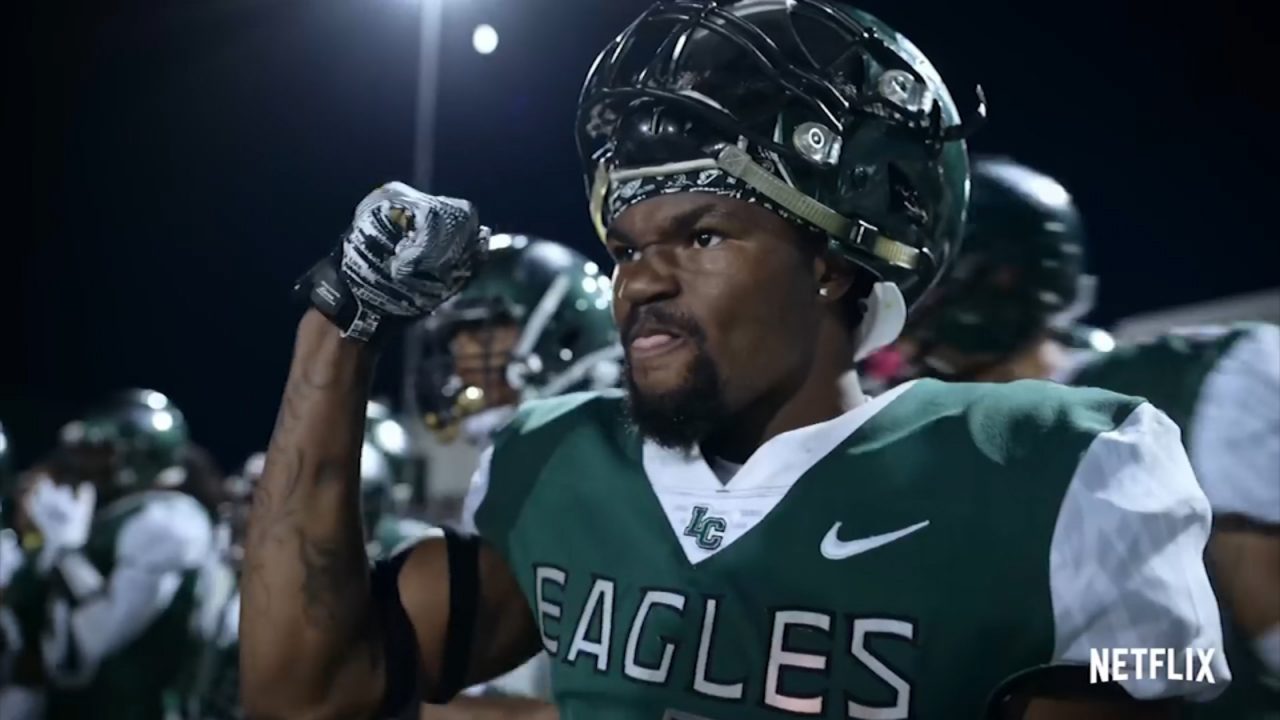 Last Chance U: Have You Seen It?

Last Chance U: Have You Seen It?

You may have already heard about or even watched Netflix’s documentary series Last Chance U. Season Five features Laney’s award-winning College football program in a way that celebrates our student athletes, athletic programs, and academics. Community College athletics programs provide an excellent opportunity for students to transfer to four-year institutions, and Laney’s Football program is no exception. Since becoming head coach in 2012, Coach John Beam has led the Eagles to win two league titles, achieve a .600 winning percentage, and play in six bowl games. In 2018, Coach Beam led the Eagles to their first State Championship win, and he was recognized as the California Community College Football Coach of the Year.  To read more about the Netflix series, visit the Peralta Gems blog for links to articles from the San Francisco Chronicle, Sports Illustrated, Newsweek, and more, including ABC TV Channel 7 coverage here: https://abc7news.com/6357934/.