A small, but excited crowd attended the opening of “FOR O.” (For Oakland) on Thursday, Nov. 2 at the Odell Johnson Performing Arts Center. Written by Laney alum Antonette Bracks, the play captures in a powerful and humorous way, the issue of gentrification that has affected Bay Area cities.

The plot centers around a “set up” or “intervention” for Oakland, which is personified by one of the student actors. Oakland’s cousin, San Francisco, convenes a meeting with Vallejo, Berkeley, Richmond, and Emeryville to discuss the concerning changes happening in the East Bay’s largest city. There are a few other towns/cities that also show up uninvited, curious to find out what the family reunion is all about.

The student actors do a magnificent job personalizing the essence of the cities they represent in a funny, and perhaps, quite accurate way. Oakland is considered the “cool cousin,” while San Francisco is the uptight, ritzy, yet smart sibling who, ironically, does not want Oakland to become like her. Berkeley is the “hippie” cousin that wants to keep the peace in the family by having the characters do breathing exercises and yoga.

There are also a few musical performances that encourage the audience to sign along.

This hour-long play is one you don’t want to miss. Bracks’ work is original and hard not to like. It’s also incredibly timely considering the talk of the town – The A’s proposed Stadium project on Peralta property. This play may make you think about gentrification in new ways and perhaps move you to join any of the causes to keep Oakland from becoming the next San Francisco.

Below are photos from the opening night. 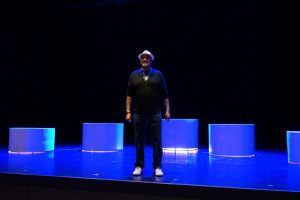 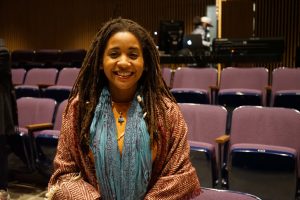 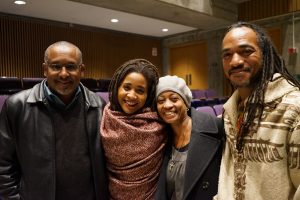 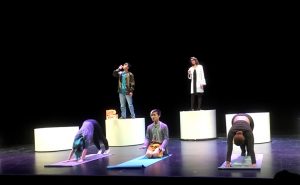 Student actors in “FOR O.” 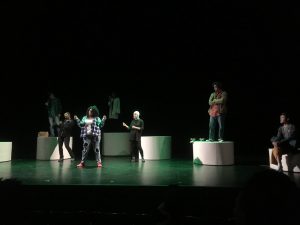 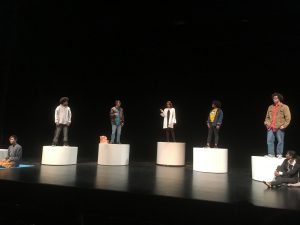 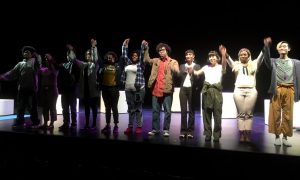