Most of the questions and statements made by those who attended centered around the proposed A’s Stadium. Attendees who came to the microphone said they wanted more details on how the project would benefit Laney and the community. Chancellor Laguerre maintained that the answers would be forthcoming as the issue is something that’s beginning to be explored. He also promised that the project would be researched and studied before any decision is reached.

Though most of the questions centered around the proposed A’s Stadium, one person asked if Laney was ready for a new influx of students now that California Assembly Bill 19 (AB 19) has passed. The bill establishes the “California College Promise” which guarantees free tuition for first year-community college students.

“We’re ready,” Chancellor Laguerre said. “We have a great enrollment management team working on preparing the campuses for that.”

Below are photos from the event. For more information, contact LaneyPIO@peralta.edu. 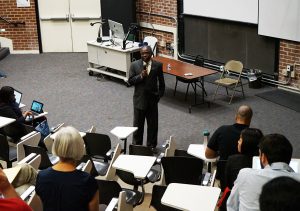 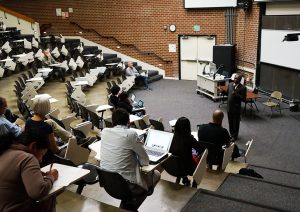 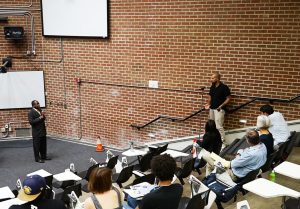 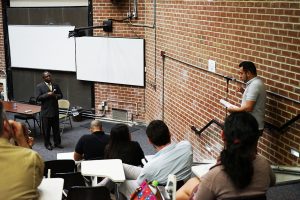 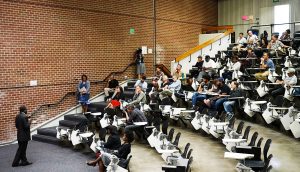 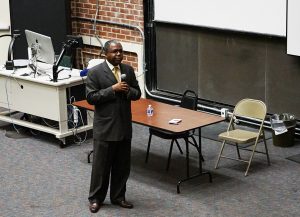 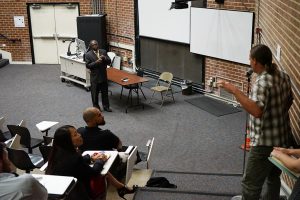 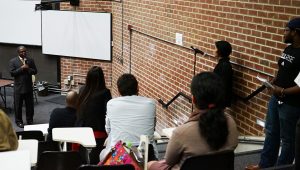 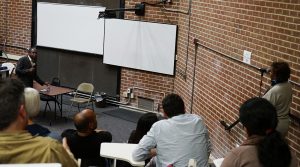 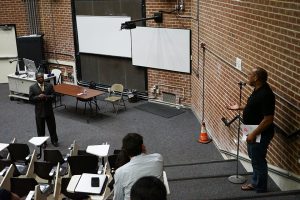 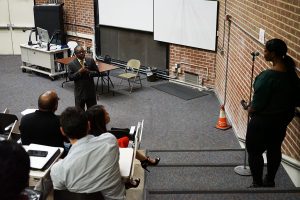 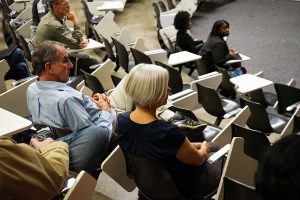