Victor Eduardo Flores was born and raised in Oakland where he was arrested at the age of 17, resulting in
an 8-year prison sentence. While in prison, he took multiple leadership roles including High
Desert’s Men’s Advisory Council as an official liaison between the prisoners and corrections
officers. After completing his GED he worked as a tutor within one of his housing units and
enrolled in the Peralta community colleges with his home school being Laney College.
Since his release, he’s done a legal internship at Catholic Charities of the East Bay, where he
took statements and wrote declarations from youth who came to the US as unaccompanied
minors, children were fleeing from violence in their home countries. Victor connected with
these youths who had also experienced trauma from violence during their developing years,
as he did, growing up in East Oakland.
Over the last two years, Victor has volunteered for the Latinx Cultural Center at Laney College, worked for two council members, and worked on multiple local campaigns. In addition to his work in public service, Victor has also served on various boards such as the Alameda County Community Corrections Partnership Community
Advisory Board, Fruitvale Latino Task Force, Oakland Latino Chamber of Commerce, Latino
Young Democrats of the East Bay, and East Bay Young Democrats.

A proud Laney 2020 graduate where he received AA’s in Political Science, English & Social Science he will soon transfer to UC Berkeley to obtain a Bachelor’s degree in Chicana/Chicano Studies.

Sonia Montoya – A proud Laney 2019 graduate where she received AA’s in Language Arts, Social Science & a Certificate in Legal and Community  Interpreting. Sonia transferred to Cal-State East Bay where her goal is to become a teacher. 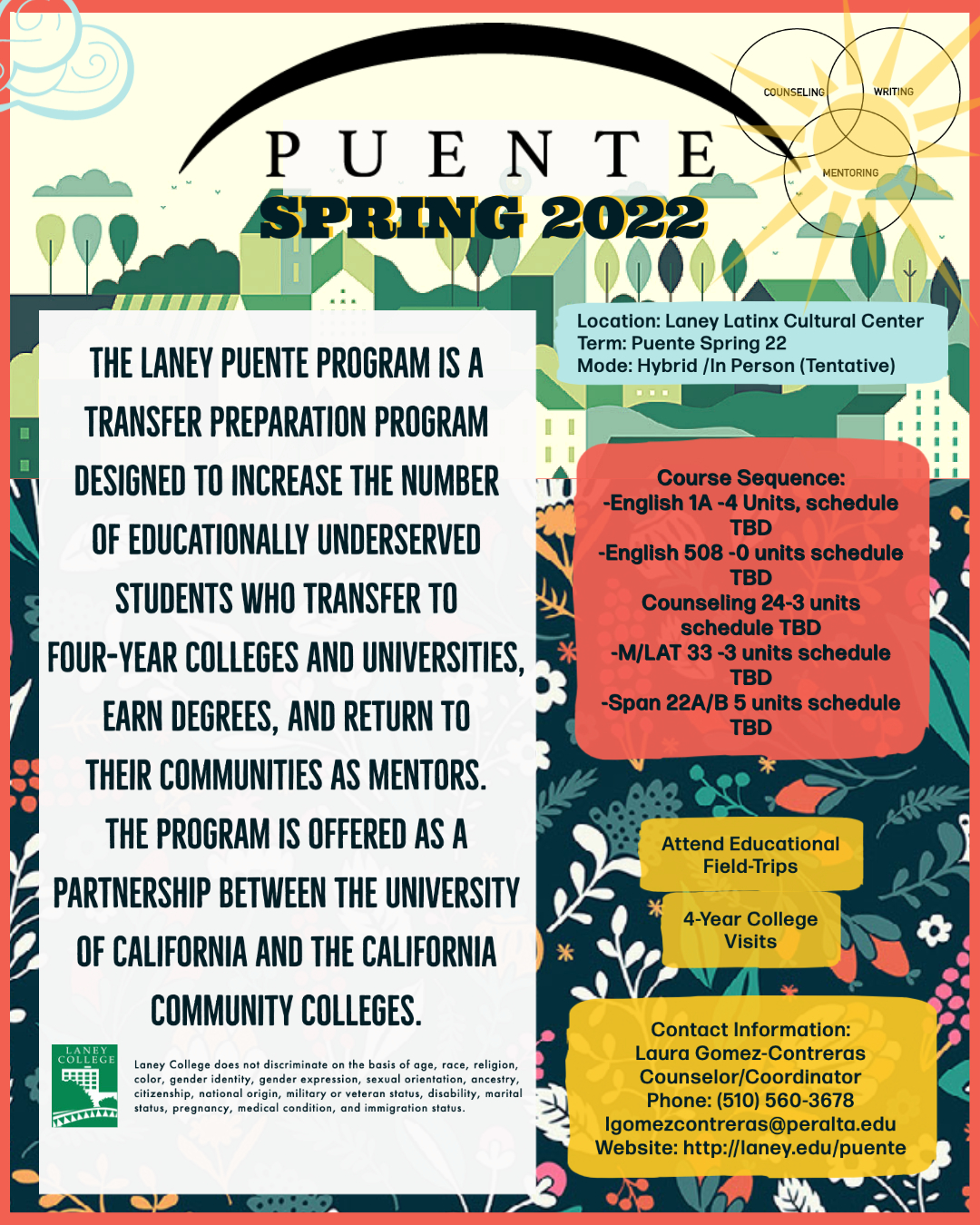 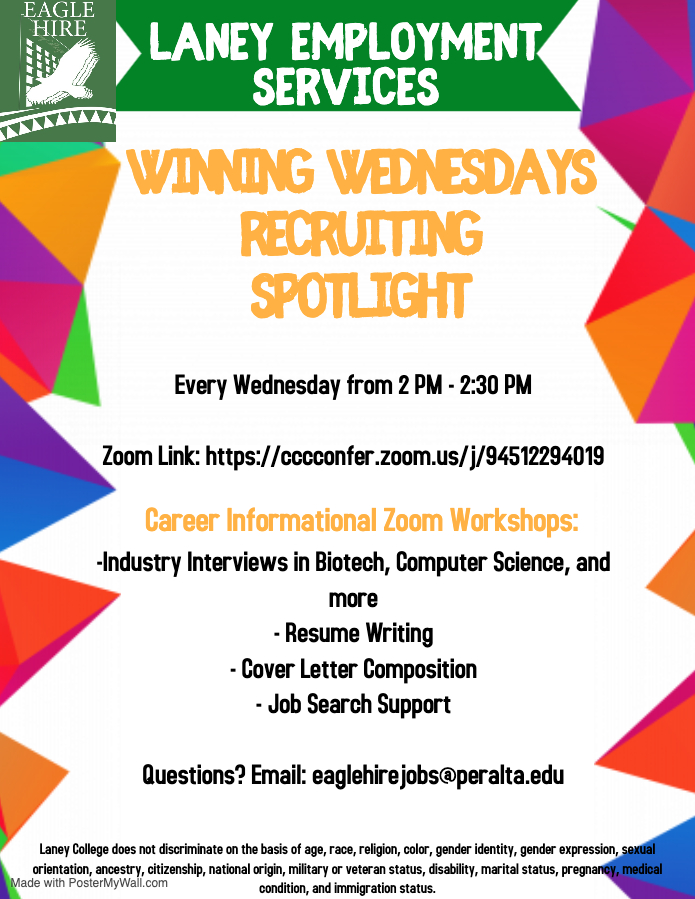 Get ready for this Fall 2022. Enroll in Puente Pro

The Latinx Student Club hosted the End of the Spri

Join us in our virtual meetings every Monday from

The Latinx Student Club would like to have an even

Scan the QR code to get the zoom link!! #laneylat